Who was "Jack" Bolt? 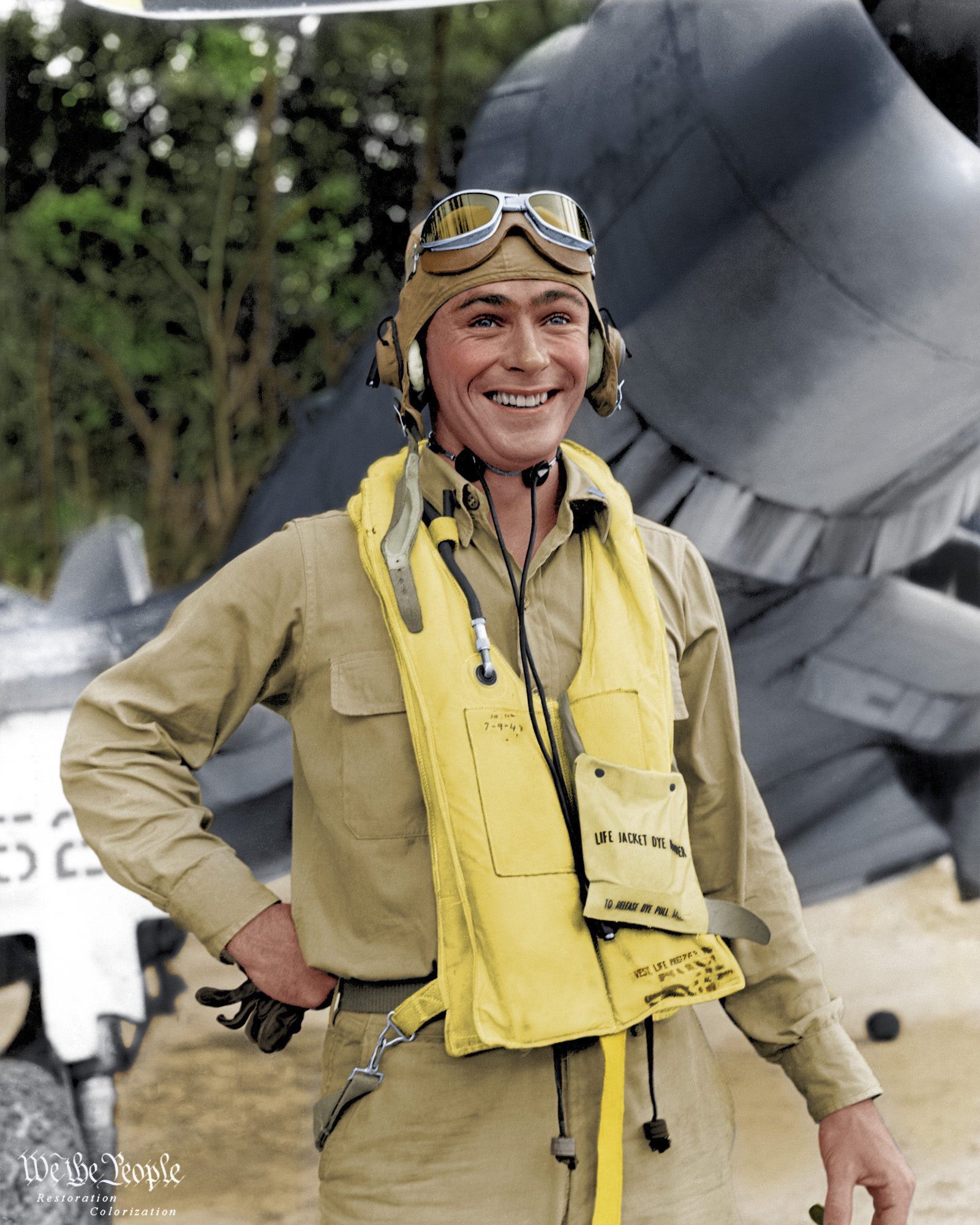 Lt. Col. John F. “Jack” Bolt, a Marine fighter pilot was an American Double Ace, having shot down at least five enemy airplanes in both World War II and the Korean War. In the summer of 1941, he joined the Marine Corps Reserve to train as a pilot and to earn money for college. He earned his Wings of Gold and a commission in the Marine Corps in July 1942. After a short tour as an instructor, Bolt went to the South Pacific, and in 1943, was assigned to Marine Fighting Squadron (VMF) 214, nicknamed the “Black Sheep,” led by Major Gregory “Pappy” Boyington. Bolt, who flew 94 missions in an F4U Corsair fighter during the Solomon Islands campaign, was credited with six kills.

After learning to fly jet fighters after World War II, Bolt was assigned to fly with the Air Force during the Korean War. In a three-month period in 1953, flying F-86 Sabre jets, he shot down six Russian-built MIG-15s. He was the only Marine Corps ace of the Korean War, and one of only seven Americans to become an ace in both wars.

During 94 missions in support of Marine ground forces, he worked to improve fighterbomber tactics. His analysis of damage to Marine aircraft highlighted that pilots were flying through their own bomb fragmentation patterns. He initiated point blank bombing using special delayed action fuses, allowing an aircraft to pull clear before its bomb detonated, which reduced self-inflicted damage to Marine fighters. Bolt instituted the use of phosphorous bombs with proximity fuses that under the proper conditions provided greater coverage than napalm bombs.

In addition to three awards of the Distinguished Flying Cross, Bolt received the Navy Cross “for extraordinary heroism” for his actions on July 11, 1953, “when he led a flight low on fuel, in an attack on four enemy planes and personally downed two of them.” He was inducted into the Commemorative Air Force’s American Combat Airman Hall Of Fame in Midland, Texas in 2003.

Colonel Bolt retired from the Marines in 1962. Raised in Sanford, Florida, he resided in New Smyrna Beach over 34 years, where he enjoyed a second career as a lawyer. Asked for the key to his prowess in the air, he once said, “You simply want to shoot down airplanes more than anything else in the world.”

In addition to three Distinguished Flying Crosses and two USAF Air Medals, Colonel Bolt was awarded the Navy Cross “for extraordinary heroism” for his actions on July 11, 1953, “when he led a flight low on fuel in an attack on four enemy planes and personally downed two of them.”